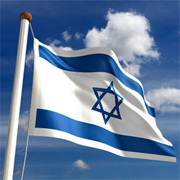 Netanyahu’s shifting gimmicks
Sima Kadmon/Ynetnews
Published: 30/09/14/Israel Opinion
Op-ed: When one looks at him standing at the UN General Assembly podium, year after year, it seems that if he only could, Israel’s prime minister would be willing to stand there forever, saying the same words, with new props.
He knows how to speak, our prime minister. There’s no argument about it. Even his biggest rivals can’t deny it, and – with a bitter taste in their mouths – they admit as much in television studios.
And what can I say? This stage, the United Nations General Assembly podium, fits him like a glove. When one looks at him standing there, year after year, for the ninth time already, it seems that if he only could, Benjamin Netanyahu would be willing to stand there forever, with plenty of pages of a speech which is written in bigger letters every year, for your convenience, in front of the same unthreatening audience and with changing gimmicks – diagrams, pictures, numbers. The words are the same words, only the props change.
But it is precisely because of all this talent, why he is such a wasted actor, and precisely because it has been going on for so many years, that it leaves us with a somber feeling.
Wait a minute, haven’t we already seen this film – excuse me, this dramatized monologue? Haven’t we already heard the same sentences, the same threats, the same promises?
Wasn’t it with the exact same timing that Netanyahu pulled out the photo of kindergarten children playing next to missile launchers in Gaza, the drawing of the Iranian bomb and the red line two years ago, and the original construction plans for the Auschwitz-Birkenau concentration camp five years ago? What has changed between those speeches and Monday’s speech? Iran is still the subject and the object of the address, only this time the case is presented through formulas of which it is sometimes difficult to make heads or tails: Hamas is ISIS and ISIS is Iran. Therefore, using simple logic, Hamas is Iran.
Unlike previous years, in which Netanyahu had to convince the world about the danger of Iran possessing a nuclear weapon, this time it appeared to be much simpler: Instead of explaining to the Americans why Iran is an existential threat, he could use an example they identify with: Have we already mentioned ISIS? The entire radical Islam which seeks to control the world, they are all branches coming out of the same poisonous tree. They are all ISIS and they are all Hamas and they are all Iran.
There is a new Middle East, Netanyahu declares, and isn’t this sentence ironic compared to the original one – former president Shimon Peres’ new Middle East. In Netanyahu’s new Middle East there are new dangers and new opportunities, but as always when it comes to Netanyahu, we heard a lot about the dangers and very little, if at all, about the opportunities.
Yes, he did talk about a historic opportunity (an historic opportunity again), but this time we are no longer talking about a diplomatic move involving the Palestinian Authority. Mahmoud Abbas’ speech at the UN General Assembly three days ago, which referred to the Gaza war as genocide, played right into Netanyahu’s hands. And if we failed to hear the sigh of relief coming from Netanyahu’s office during the Palestinian Authority chairman’s address, we were able to hear it in his speech Monday: Abbas – out, Cairo, Abu Dhabi and Riyadh – in. The prime minister had an excellent opportunity to present a real, brave peace initiative. And if that goes too far in terms of Netanyahu’s abilities, he could have expressed his support for a certain initiative. The Saudi one, for example. He could have called on the world from the UN podium to support that initiative.  But Netanyahu stuck to the words. Have we already mentioned that he knows how to speak? And what will this entire speech leave behind? What all of Netanyahu’s previous speeches left behind: Sometimes we were left with the gimmick; sometimes we were not even left with that. If the speech was intended for the Israeli public, he managed to convince us. He has been convincing us for years. Why he managed to convince us that an Iranian nuclear weapon is an existential problem. He convinced us so much, that we were certain the planes would take off at any minute. So what happened?  So far, he has failed to convince the Americans. Let’s see if the equation he presented Monday will do the job