Address by Canada’s FM, John Baird at the Global Counterterrorism Forum Ministerial Meeting
September 23, 2014 – New York City, United States
http://www.international.gc.ca/media/aff/speeches-discours/2014/09/23b.aspx
I’d like to begin by thanking Secretary of State Kerry and Foreign Minister Çavuolu for the continued efforts of the United States and Turkey in leading this forum.
This week was the one-year anniversary of the attack by Al-Shabaab on the Westgate Mall in Nairobi.
Two Canadians were among the victims, including a diplomat based at our High Commission in Kenya.
This act of senseless violence served as just one reminder that we are all vulnerable to terrorist threats, both at home and abroad.
Over the summer we all watched with horror as a human tragedy unfolded in Iraq. ISIL is effectively a terrorist army, and its campaign of terror has been brutal.
We all have an interest in stopping this scourge because it is threatening not just Iraq and its citizens, but freedom-loving people around the world.
I visited Iraq earlier this month to demonstrate visibly that Canada stands with the government and people of Iraq at this challenging time.
Talk and diplomacy during these times are important. But actions speak louder than words.
That’s why Canada is supporting those on the front line against ISIL, with the deployment of advisers and the delivery of equipment.
We are also funding regional efforts to stem the flow of foreign fighters.
In the past year, there has been a lot of attention on individuals who have travelled to this and other areas of conflict to participate in terrorism-related activities.
Syria, Somalia and Afghanistan are other common destinations.
Addressing this threat is a global challenge. Indeed, Canada has not escaped this phenomenon.
So it demands effective international cooperation.
That’s why while in Southeast Asia last month, I also committed $1.65 million to support ASEAN efforts to identify and detect foreign fighters.
Canada and its international partners will continue to work together to impede recruitment and fundraising networks, interrupt travel routes and pursue those who seek to radicalize others to violence.
Since its launch three years ago, the GCTF [Global Counterterrorism Forum] has been successful in mobilizing resources to provide counterterrorism capacity building in the most vulnerable areas of the world.
Canada is active in the Countering Violent Extremism [CVE] working group, where we lead a project on “measuring effectiveness”.
Canada is pleased to have co-chaired the Sahel Working Group with Algeria since 2011.
As co-chair, Canada has focused on counterterrorism training and workshops that are action-oriented and outcome-driven.
I would like to personally thank the members of the Forum who have supported these efforts—including the United States, Denmark, France and Switzerland.
And we look forward to the next Sahel Working Group in early 2015.
Another region of focus is Nigeria, where Boko Haram continues to unleash unspeakable violence and terror.
In support of regional efforts to combat these terrorists, Canada has supported several counterterrorism projects in West Africa, including work by Interpol to prevent human smuggling in the region.
We have also trained officials from the Nigerian Police Force and we have formally listing Boko Haram as a terrorist organization.
As I conclude, I’d also like to address an issue that knows no borders: kidnapping.
Kidnapping for ransom is increasingly being used by terrorists to fund their activities.
Canada’s approach to kidnapping respects firm principles: no policy changes, no prisoner exchanges, no immunity from prosecution and no ransom payments.
Canada remains committed to the GCTF’s coordinated, action-oriented and results-based approach to countering terrorism.
Canada will work with Australia and other GCTF members to support efforts to strengthen criminal justice responses to foreign terrorist fighters in the Middle East and North Africa.
And I am pleased to announce today that we will provide $1.5 million to support GCTF-endorsed initiatives to counter violent extremism, including through the U.A.E.-based Hedayah Centre and the Global Community Engagement and Resilience Fund.
I believe that terrorism is one of the greatest challenges of our generation.
It is a fierce contest of wills—of freedom versus fear, democracy and dignity against a tyranny that takes form in new ways in every generation.
The international community must unite to destroy this scourge.
And we must defend the principles that have made our nations great, prosperous and free.
Unless we work together, we are all vulnerable to threats, at home and abroad.
Thank you. 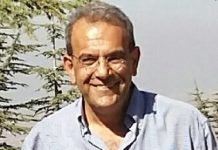 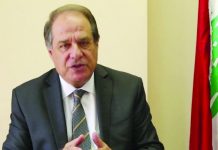 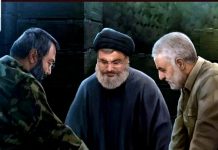