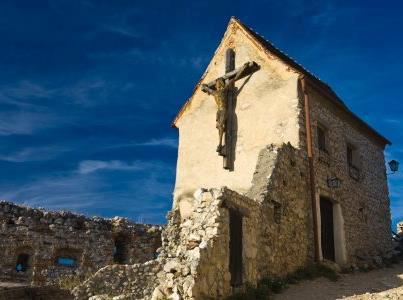 On the Thursday that comes before the “Good Friday, when Jesus was crucified, Catholics all over the world, including our Maronite Eastern Church celebrates with prayers and intercessions the “Thursday of the Holy Mysteries”, which is also known as the “Washing Thursday “, the “Covenant Thursday”, and the “Great & Holy Thursday”. It is the holy day feast that falls on the Thursday before Easter that commemorates the Last Supper of Jesus Christ with His 12 Apostles as described in the gospel. It is the fifth day of the last Lenten Holy Week, that is followed by the, “Good Friday”, “Saturday Of The Light and “Easter Sunday”.

Christianity in its essence and core is Love, Sacrifice, honesty, transparency, devotion, hard work and Humility. Jesus during the last supper with His 12 Apostles reiterated and stressed all these Godly values and principles. In this holy and message proclaiming context He executed the following acts : He, ordained His Apostles as priests, and asked them to proclaim God’s message. “You have stayed with me all through my trials; 29 and just as my Father has given me the right to rule, so I will give you the same right. 30 You will eat and drink at my table in my Kingdom, and you will sit on thrones to rule over the twelve tribes of Israel. (Luke 22/28 and 29)

He, taught His Apostles and every body else, that evil temptation and betrayal can hit all those who detach and dissociate themselves from God, do not fear Him, lack faith, lose hope and worship earthly treasures. He showed them by example that even a disciple that He personally had picked and choose (Judas, the Iscariot) has fell a prey to Satan’s temptation. “But, look! The one who betrays me is here at the table with me! The Son of Man will die as God has decided, but how terrible for that man who betrays him!” Luke 22/21)

He, washed His Apostles’ feet to teach them by example modesty, devotion and humility. “So when he had washed their feet and put his garments back on and reclined at table again, he said to them, “Do you realize what I have done for you? You call me ‘teacher’ and ‘master,’ and rightly so, for indeed I am. If I, therefore, the master and teacher, have washed your feet, you ought to wash one another’s feet. I have given you a model to follow, so that as I have done for you, you should also do. Amen, amen, I say to you, no slave is greater than his master nor any messenger greater than the one who sent him” (John 13/12-16).

Modesty was stressed and explained by Jesus after His Apostles were arguing among themselves who is the greatest: “An argument broke out among the disciples as to which one of them should be thought of as the greatest. Jesus said to them, “The kings of the pagans have power over their people, and the rulers claim the title ‘Friends of the People.’ But this is not the way it is with you; rather, the greatest one among you must be like the youngest, and the leader must be like the servant. Who is greater, the one who sits down to eat or the one who serves? The one who sits down, of course. But I am among you as one who serves.” (Luke 22/24 till 27)

Thursday of the “Holy Mysteries”, is called so because in His Last Supper with the 12 disciples, Jesus Christ established the Eucharist and Priesthood Sacraments when “He received a cup, and when he had given thanks, he said, “Take this, and share it among yourselves, for I tell you, I will not drink at all again from the fruit of the vine, until the Kingdom of God comes.” “He took bread, broke it and gave it to the disciples saying: This is my body which is given for you. Do this in memory of me. And when He Likewise, took the cup after supper, saying, “This cup is the new covenant in my blood, which is poured out for you”.

Thursday of the Holy Mysteries (Secrets-Sacraments) is the heart of the last Lenten holy week, in which the Maronite Catholic Church lives with reverence and devotion the Lord’s Last Supper spirit and contemplation through prayers and deeply rooted religious rituals and traditions:

The Patriarch prays over and blesses the chrism (Al-Myroun), as well as the oil of baptism and anointing that are to are distributed on all parishes and churches.

During the mass that is held on this Holy Day, the priest washes the feet of twelve worshipers, mainly children (symbolizing the apostles numbers). Jesus washed His disciples feet and commanded them to love each other and follow his example in serving each other.

This tradition also denotes to the seven locations that Virgin Mary’s went to look for Her Son, Jesus, after she learned about His arrest. The detention place, The Council of the Priests, twice the Pilate’s headquarters, twice the Herod Headquarters, till She got to the Calvary.

Some Christian scholars believe that this tradition was originated in Rome where early pilgrims visited the seven pilgrim churches as an act of penance. They are Saint John Lateran, Saint Peter, Saint Mary Major, Saint Paul-outside-the-Walls, Saint Lawrence Outside the Walls, Holy Cross-in-Jerusalem, and traditionally Saint Sebastian Outside the Walls. Pope John Paul II replaced St. Sebastian with the Sanctuary of the Madonna of Divine Love for the jubilee year of 2000.

The Mass of the Lord’s Supper is accompanied by the ringing of bells, which are then silent until the Easter Vigil. Worshipers used to kneel and pray the rosary in front of the Eucharist (Blessed Sacrament) all Thursday night. The Blessed Sacrament remains exposed all night, while worshipers are encouraged to stay in the church as much as they can praying, meditating upon the Mystery of Salvation, and participating in the “agony of Gethsemane” (Garden at the foot of the Mount of Olives) in Jerusalem where Jesus spent his night in prayer before His crucifixion on Good Friday.

After the homily washing of feet the service concludes with a procession taking the Blessed Eucharist (Sacrament) to the place of reposition. The altar is later stripped bare, as are all other altars in the church except the Altar of Repose.

Thursday of the “Holy Mysteries”, is called so because in His Last Supper with the 12 disciples, Jesus Christ established the Eucharist and Priesthood Sacraments when “He received a cup, and when he had given thanks, he said, “Take this, and share it among yourselves, for I tell you, I will not drink at all again from the fruit of the vine, until the Kingdom of God comes.” “He took bread, broke it and gave it to the disciples saying: This is my body which is given for you. Do this in memory of me. And when He Likewise, took the cup after supper, saying, “This cup is the new covenant in my blood, which is poured out for you”.

Jesus ordained His disciples as priests of the New Testament when he said to them during the Last Supper: “But you are those who have continued with me in my trials. I confer on you a kingdom, even as my Father conferred on me, that you may eat and drink at my table in my Kingdom. You will sit on thrones, judging the twelve tribes of Israel.”

Before Celebrating the Resurrection Day (Easter) worshipers live the “Paschal Mystery” through the Thursday Of the Sacraments, Good Friday and Saturday Of The Light.

Because He loves us and wants us to dwell in His Eternal Heaven, Jesus Christ for our sake willingly suffered all kinds of torture, pain, humiliation and died on the Cross to pave our way for repentance and salvation.

Let us pray on this Holy Day that we always remember Jesus’ love and sacrifices and live our life in this context of genuine, faith, love, meekness and forgiveness.

N.B: The Above Piece was first published in 2013 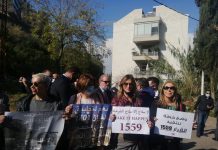 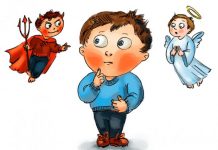 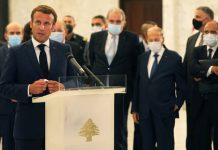 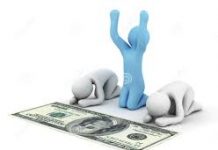