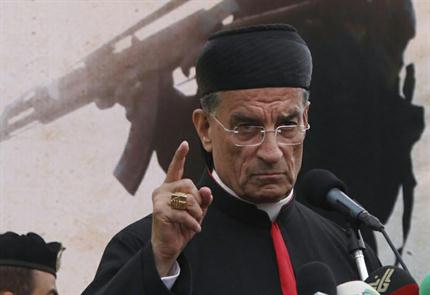 The In Defense of Christianity conference recently held in Washington D.C. was a success for some because of the participation of all Eastern Christian sects.
Its purpose was to raise awareness of Christian suffering in the Middle East and to rally Western support for Arab Christian communities.
The participants had made numerous calls to help fellow Christians in the face of adversity. However, the inflammatory address of Senator Ted Cruz, who stated that Arab Christians had no better friend than Israel, unleashed a powerful anti-American and anti-Israeli reaction among the participants. Cruz implied that this reaction was anti-Semitic. Though the organizers tried to minimize the damage, the incident brought to light deeper issues of distrust and resentment.
Ever since the invasion of Iraq, Christians throughout the Middle East have blamed the United States for the forced migration of Iraqi Christians. As the Arab Spring degenerated into a civil war in Syria, Christians fell prey to sectarian strife and increasing Islamist radicalization. American disengagement and Western indifference further alienated Eastern Christians.
The drift away from the West accelerated as many Christians took sides with the anti-Western Shiite-dominated axis of Iran, Bashar Assad and Hezbollah. The clergy reflected this tilt by showing indifference to Sunni suffering – for instance after the chemical attack in Ghouta last year – blaming the opposition.
Many clergymen have also espoused strange conspiracy theories. Chaldean Patriarch Louis Sako proclaimed only days before the IDC conference that ISIS was an American creation. Others have stated openly to European diplomats that there is a Jewish and American plot to depopulate the Middle East of its Christians. Greek Catholic Patriarch Gregory III Lahham, in response to Cruz’s inflammatory remarks, accused the U.S. of being responsible for evicting the Jews from the Arab states.
Such displays of anti-Western, anti-Jewish sentiment makes it difficult for the U.S. administration or Congress to show solidarity with and empathy for Arab Christians. Accusations of anti-Semitism by Cruz tainted the conference and swayed media away from a defense of Christianity.
Lee Smith, a senior editor at The Weekly Standard, implied it was not easy protecting the Christians of the Middle East. “Too many of the priests, prelates and patriarchs from Lebanon, Syria and Iraq … have also identified themselves as supporters of the Iranian axis in the Middle East. ISIS is a murderous group, but so is the regime in Tehran and so are its clients, chief among them Syria’s Bashar al-Assad and Hezbollah in Lebanon,” Smith wrote.
Jean Aziz, a commentator for the pro- Hezbollah Al-Akhbar newspaper wrote that Cruz’s appearance had been a trap that the participants had escaped by booing the senator off the stage. However, Aziz later conceded the serious negative consequences of the episode for Eastern Christianity. If it was a trap, it succeeded in distancing Eastern Christians from the West.
Despite the fact that many Arab Christians may believe that the West, and the United States in particular, is responsible for their misfortunes, the IDC conference in Washington was an attempt to garner support among Americans. The Greek Orthodox representative at the meeting, Bishop Joseph Zehlawi, did not seem to have much hope, discourteously saying in an interview that Arab Christians were speaking to the deaf.
Many such statements, however, were meant more to appease a populist mood back home. How else can one explain the participation of anti-American politicians, journalists and clergymen at the IDC conference? One wonders whether such anti-American views were expressed directly to Obama when he met with the assembled clerics at the White House.
The fact of the matter is that the IDC conference may mark the beginning of the end for the West’s affinity for Eastern Christianity. The gradual erosion of Western culture in the Levant and Lebanon has culminated in a schism with the West. In fact, both the March 8 and March 14 alignments in Lebanon concur in rejecting direct Western military intervention against ISIS. Both subscribe to the view that Western action is defined solely by interest. No attempt was made to invoke a common heritage that Arab Christians share with the West.
This position of seeking help but refusing direct Western intervention and protection seemed perplexing. Instead, Christians have entrusted their fate to shaky regional alliances and local governments, many of which are not particularly concerned whether Arab Christians survive in the region. It is interesting that other communities in the region, such as the Kurds and the Shiites, have been less self-conscious about their ties to the West, asking for military intervention, even as Christians have recklessly abandoned these historic ties.
Eastern Christianity should not have portrayed itself as a vanishing species, but as an outpost of Western values and heritage that is today in peril. Should Eastern Christianity disappear, Western culture would disappear too in the East. That should have been the message of the conference.
Eastern Christianity may have reached a point of no return. It has mortgaged its future to an alliance headed by Iran and backed by Russia, even as it has distanced itself from moderate Sunnis. The IDC conference has surely shed a light on Christian suffering but it remains doubtful that it has revived Western interest in Eastern Christianity. What was construed as sympathy may have degenerated into pity, the worst sentiment.
**Basem Shabb is the Protestant representative from Beirut in the Lebanese Parliament. He wrote this commentary for THE DAILY STAR.