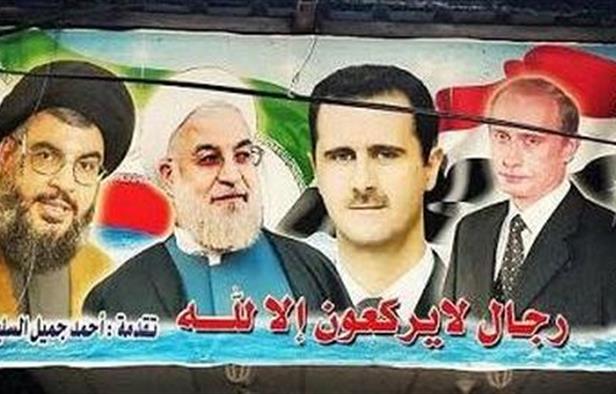 Caught in the middle of tensions between Saudi Arabia and Iran, Lebanon is paying the price for the growing rivalry between the Middle East’s main Sunni and Shiite powers. Both Saudi Arabia and Iran are important players in Lebanon, where foreign powers have long backed a range of Sunni, Shiite and Christian groups on the country’s complex political scene. Saudi Arabia has for years supported pro-Western Sunni politicians while Iran has nurtured the Shiite Hizbullah movement, with various Christian factions backing the two sides. And as rivalry between the two countries has intensified in recent weeks, Lebanon is suffering the fallout. “Saudi Arabia is at an impasse and feels very lost. It sees the United States abandoned it in favor of Iran and of Russia in Syria, while Iran expands its influence in the region,” said Hilal Khashan, head of the American University of Beirut’s political science department. “The Saudis believe they have to react to the Iranians in one way or another. So they’ve chosen to respond in Lebanon by putting pressure on Hezbollah.” The two countries’ rivalry plays out in a range of Middle East conflicts, from Syria where Iran and Hizbullah back President Bashar Assad while Saudi Arabia supports the opposition, to Yemen where Riyadh has launched a military intervention against Tehran-backed Shiite rebels.The implementation of Iran’s nuclear deal with world powers earlier this year has raised deep concerns in Riyadh, a longtime U.S. ally, and tensions boiled over in January.
‘Brandishing a sword’
Riyadh and a number of its Gulf allies cut diplomatic ties with Tehran after an angry mob ransacked Saudi diplomatic missions in Iran following Saudi Arabia’s execution of a prominent Shiite cleric. The hostility has now spread to Lebanon, with Riyadh last month halting a $4-billion aid package to Lebanese security forces and calling on Saudi citizens to leave the country. Saudi officials have said the moves are due to “hostile positions” taken by Hizbullah, which they have accused of exerting a “stranglehold” on the Lebanese state. They have pointed specifically to Lebanon’s refusal to join the Arab League and the Organization of Islamic Cooperation in condemning the attacks on Saudi diplomatic missions in Iran.The Saudi-dominated Gulf Cooperation Council upped the stakes on Tuesday, officially designating Hezbollah a “terrorist organization”. The GCC’s decision was the equivalent of “brandishing a sword,” said Lebanese researcher Waddah Sharara, author of the book “The Hizbullah State”. “It’s a weapon they reserve the right to use, but not one they have used directly yet,” he said. Iran hit back on Thursday, with Deputy Foreign Minister Hossein Amir Abdollahian calling Hizbullah “the champion of the fight against terrorism in the region” and saying the blacklisting was jeopardizing Lebanon’s stability. Hizbullah has escalated its own vitriol against Saudi Arabia, calling it a “criminal, terrorist” state. For now, Saudi Arabia’s actions are having a limited effect. The withdrawal of aid to Lebanon’s security forces is “more a formality” than a real economic sanction, Sharara said. But there are fears that Saudi Arabia, which has about $2 billion deposited in the Lebanese central bank, could step up its efforts to squeeze Hizbullah. Remittances at risk?  “No one can predict if Saudi Arabia will go so far as to withdraw its deposits,” said Nassib Ghobril, an economic analyst at Byblos Bank in Lebanon. For now, he said, there was also no sign of private Saudi investors taking action against Lebanon, but what could hurt the country is a move against Lebanese citizens working in Saudi Arabia and other Gulf countries. Some 300,000 Lebanese work in Saudi Arabia and another 200,000 in the rest of the Gulf and their remittances home are crucial to Lebanon’s economy. In 2015 alone, the remittances added up to $7.5 billion, Ghobril said. Some Lebanese working in the Gulf fear measures will be taken against them. “I have to renew my residency here soon and I’m really worried that it won’t be approved,” one man working in the United Arab Emirates said on condition of anonymity, fearing reprisals.Exporters are also worried that Saudi Arabia will close its borders to Lebanese goods, said Mohammad Choukeir, who heads the Union of Chambers of Commerce, Industry and Agriculture in Lebanon. “About 75 percent of Lebanon’s agricultural exports and 53 percent of industrial exports go to Gulf states,” Choukeir said. Lebanon’s former ambassador to Washington, Abdallah Bouhabib, said it was important for the Lebanese — still recovering from the country’s devastating 1975-1990 civil war — to stand together against outside interference.”There is a discord between Sunnis and Shiites in the region, but our country needs balance and the Lebanese are aware of this,” said Bouhabib, now a political analyst. “National unity remains more valuable than solidarity with a friendly nation.”

Syria Slams GCC Anti-Hizbullah Resolution as Sign of ‘Saudi Confusion’
Naharnet/March 03/16/Damascus strongly condemned Wednesday a Gulf Cooperation Council resolution that labeled Hizbullah a “terrorist” organization, noting that it reflects “Saudi confusion.”“In a move that is harmonious with the Israeli policy, the GCC has issued a resolution considering Hizbullah a terrorist organization due to its continuous fight against the Zionist scheme in the region and its confrontation of the Israeli enemy,” a Syrian foreign ministry official said in remarks to the official SANA news agency. “Hizbullah’s contributions to the historic confrontation in Syria against the terrorism represented in Daesh (Islamic State group), al-Nusra Front and the other terrorist groups have annoyed some of the Gulf capitals,” the official added. “The victories that are being achieved against this terrorism and its supporters have especially distressed the Saudi leadership,” the Syrian official said. Earlier in the day, the GCC declared Hizbullah a “terrorist” group, escalating tensions with the Shiite Lebanese organization that has dispatched thousands of militants to bolster the Syrian regime against rebels and jihadists seeking to topple it. The designation is the latest step taken by Gulf states against Hizbullah as ties between its main backer Iran and regional powerhouse Saudi Arabia deteriorate. The GCC cited “terrorist acts and incitement in Syria, Yemen and in Iraq.” Saudi Arabia last month halted a $3 billion program for military supplies to Lebanon in protest against Hizbullah’s policies. Announcing the funding cut, a Saudi official said the kingdom noticed “hostile Lebanese positions resulting from the stranglehold of Hizbullah on the state.”Riyadh cut diplomatic ties with Tehran earlier this year after demonstrators burned its embassy and a consulate following the Saudi execution of a prominent Shiite dissident cleric.

Iran: GCC Made a ‘Mistake’ Labeling Hizbullah as Terrorist
Associated Press/Agence France Presse/Naharnet/March 03/16/Iran’s deputy foreign minister said on Thursday that a decision by the Saudi-led bloc of Gulf states to label Hizbullah a terrorist organization is a “mistake.”Iranian state TV quoted Hossein Amir Abdollahian as saying the Gulf Cooperation Council’s move was a “new mistake” that would undermine peace in the region and the unity of Lebanon. He said Iran was “proud” of Hizbullah “as the vanguard of resistance against the Zionist regime and the champion of the fight against terrorism in the region.” “Those who call Hizbullah terrorists, have intentionally or unintentionally harmed the unity and security of Lebanon.”On Wednesday, a statement from GCC Secretary-General Abdullatif al-Zayani said the bloc decided to implement the terrorist designation because of hostile acts by Iran-backed Hizbullah within its member states. The decision reflects rising tensions between Sunni-ruled Saudi Arabia and Shiite powerhouse Iran, Hizbullah’s patron. The GCC ruling brings Gulf states in line with the U.S., which also considers Hizbullah a terrorist group.