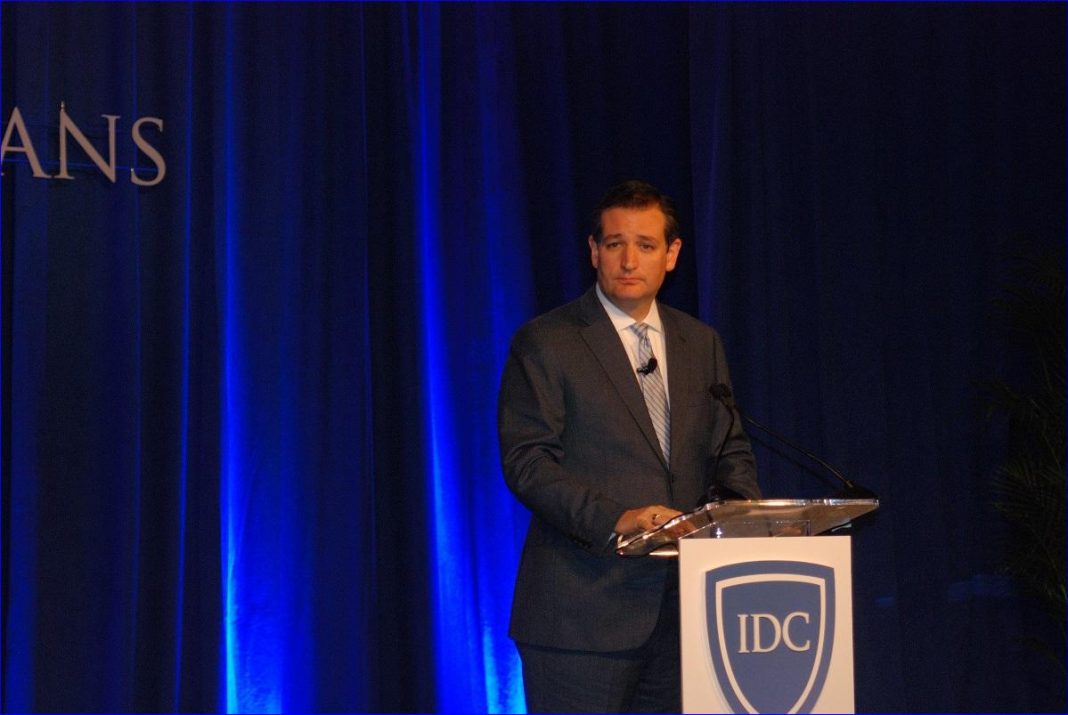 Cracks in what is normally represented as a tight alliance between Jews and Christians in Washington D.C. over Middle East issues were highlighted by Senator Ted Cruz’s dramatic and courageous performance Wednesday night as keynote speaker at the gala dinner for the In Defense of Christians conference. The gathering was assembled to address the plight of Middle Eastern Christians, who have been targeted by various extremist groups—with ISIS currently getting the lion’s share of media attention. Cruz kicked over a hornet’s nest when he encouraged his audience to see a potential ally in another Middle Eastern minority—Israeli Jews. After all, explained the likely 2016 GOP presidential hopeful, Christians and Jews in the region share many of the same enemies, from ISIS to Hamas. “The very same people who persecute and murder Christians,” said Cruz, “who crucify Christians, who behead children, are the very same people who target Jews for their faith, for the same reason.”
This was too much for the IDC audience, which evidently included a large number of anti-Zionists—including featured speaker Antioch Church patriarch Gregory III Laham, who in this video of Wednesday’s event can be seen demanding that Cruz leave the event. Eventually the Texas Senator did leave the stage amidst a deafening chorus of boos.
If many commentators saw Cruz’s speech as a courageous expose of anti-Israel prejudice—and perhaps anti-Semitism—among Middle Eastern Christians, others are apoplectic. The noise is especially loud from those precincts of the Christian right not affiliated with the pro-Israel majority of evangelical movement. These Christians—including New York Times columnist Ross Douthat—think that Cruz seized on an opportunity to show off for political purposes at the expense of an imperiled minority. “Persecuted Middle Eastern Christians,” Douthat tweeted. “Too religious for the left, too foreign for the right, insufficiently pro-Israel for Ted Cruz.”
The conference, explained the American Conservative, “was organized to bring together Christians of every sect and denomination to stand in solidarity with their persecuted brethren. Ted Cruz, however, fractured that unity.”
It’s not clear why anyone thinks that “unity” and “solidarity” are particularly useful concepts when discussing a faith that has lots of denominations, some of which have famously gone to war with each other. The big divide between Christians in the Levant right now is not between denominations—Catholic vs Orthodox, for instance—but rather between those who stand for freedom and equality, and those who side with tyrants who they believe will protect them from what they see as the even more terrifying specter of groups like ISIS. The organizers and speakers at the In Defense of Christians event are correct that ISIS and other Islamic extremist groups pose an existential threat to Middle Eastern minorities. However, a number of the speakers invited to the conference, as well as some of its financial backers, support figures and outfits every bit as vicious and dangerous as ISIS.
As the Washington Free Beacon reported Wednesday, one featured speaker, Syriac Orthodox Church Patriarch Moran Mor Ignatius Aphrem II, posted pictures of himself on Facebook meeting with a high-level delegation from Hezbollah. Other speakers, like Patriarch John X (Yazigi), Syriac Catholic Patriarch Ignatius Joseph III Younan, and Patriarch Gregory III Laham (pictured in the YouTube video above) are proud supporters of Syrian president Bashar al-Assad, whose regime has slaughtered tens of thousands of innocent people in its war against Sunni Arabs. Sure Assad has used chemical weapons against innocent civilians, dropped bombs on them, while his forces have tortured, raped and massacred men, women and children, but from the perspective of pro-Assad Christians, his violence is justifiable insofar as he is believed to be a protector of Christians.
Of course, anyone who is familiar with the Syrian regime knows this is nonsense. I lived in Beirut during one of Bashar al-Assad’s anti-Christian campaigns, when his spies and allies assassinated Christian politicians and journalists and bombed Christian-majority regions of Lebanon. It’s right to sympathize with and seek to help Middle East Christians who fear for their lives, families and communities. But there is no reason for Americans to call pro-Assad, pro-Hezbollah Christians friends just because they nominally share the same faith. Christians who stand against political violence and oppression—like their Sunni, Shiite, Druze, etc. neighbors—merit our friendship not for the faith they profess but for the values they embody. It is hard to see how Christians who support criminals and thugs who murder innocent people in barbaric ways by the tens of thousands are being faithful to the teachings of Jesus Christ anymore than the barbarians of ISIS should merit the fealty of believing Muslims.
My sources tell me that once Cruz was briefed about some of the IDC’s speakers and backers, he initially chose to withdraw from the conference, but then decided to go ahead and speak. Whether he knew what kind of effect his pro-Israel talk would have on the crowd is irrelevant. Its outraged protestations showed that too many members of the Middle Eastern Christian community are as intolerant as those from whom they seek protection. Much more depressing, however, is that Cruz’s talk also showed how even some educated Christians in the U.S.—eager to jump to the defense of those who profess the indefensible—are absorbing the very worst aspects of Middle East political discourse. 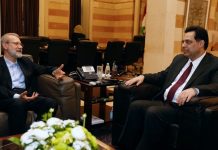 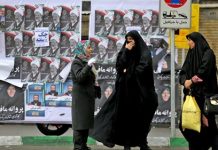 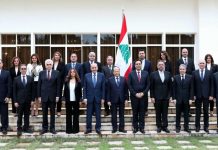 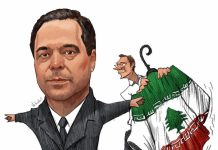 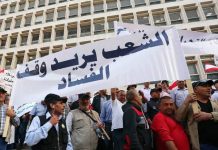