God Bless Steven Sotloff’s Soul
Elias Bejjani/02 August/14
With sorrow, and angry I learned today about the shocking, savage, barbaric & unacceptable death of Steven Sotloff at the hands of the Jihadist ISIS (DAESH) criminals in Iraq.
My Prayers, empathy and deeply felt thoughts are with his family and loved ones.
This barbaric bloody conduct is a mere crime against humanity that requires comprehensive international denouncement and enforcement of appropriate international judicial and military responses.
The Western countries, and the USA in particular, must take action on the ground in both Iraq and Syria.
The free world countries who are democratic and advocate for human rights, peace and equality are ethically obligated to stop only issuing mere rhetoric condemnation releases.
They have an obligation to militarily intervene and put an end to the horrible unprecedented barbaric crimes in Syria, Iraq, Nigeria and other countries where the so called Jihadist are committing crimes against humanity.
God Bless Steven Sotloff Soul

BEIRUT – An Internet video posted online Tuesday purported to show the beheading by the Islamic State group of U.S. journalist Steven Sotloff, who went missing in Syria last year.
The extremist group, which has claimed wide swaths of territory across Syria and Iraq and declared itself a caliphate, said Sotloff’s killing was retribution for continued U.S. airstrikes targeting its fighters in Iraq. It brazenly killed American journalist James Foley last month in the same manner and again threatened to kill another hostage, this one they identified as a British citizen.
Sotloff, 31, who freelanced for Time and Foreign Policy magazines, had last been seen in Syrian in August 2013 until he appeared in a video released online last month by the Islamic State group that showed the beheading of Foley.
Dressed in an orange jumpsuit against the backdrop of an arid Syrian landscape, Sotloff was threatened in that video with death unless the U.S. stopped airstrikes on the group in Iraq.
In the video distributed Tuesday and entitled “A Second Message to America,” Sotloff appears in a similar jumpsuit before he was purportedly beheaded by an Islamic State fighter.
The Associated Press could not immediately verify the video’s authenticity. The SITE Intelligence Group, a U.S. terrorism watchdog, first reported about the video’s existence. Unlike Foley’s beheading, which was widely shared on Twitter accounts affiliated with the Islamic State group, the video purporting to show Sotloff’s killing was not immediately posted online, though several jihadi websites told users to expect it Tuesday.
In Washington, State Department spokeswoman Jen Psaki said U.S. intelligence analysis will “work as quickly as possible” to determine if the video of the beheading is authentic.
“If the video is genuine, we are sickened by this brutal act, taking the life of another innocent American citizen,” Psaki said. “Our hearts go out to the Sotloff family and we will provide more information as it becomes available.”
Psaki said it’s believed that “a few” Americans are believed to still be held by the Islamic State but would not give any specifics.
The fighter who beheads Sotloff in the video called it retribution for Obama’s continued airstrikes against the group in Iraq.
“I’m back, Obama, and I’m back because of your arrogant foreign policy towards the Islamic State … despite our serious warnings,” the fighter said. “So just as your missiles continue to strike our people, our knife will continue to strike the necks of your people.”
At the end of the video, he threatened to kill a third captive, a Briton, David Cawthorne Haines. It was not immediately clear who Haines was. Officials with the British Foreign Office declined to immediately comment.
Sotloff’s mother had pleaded for his release last week in a video directed at the Islamic State group.
Addressing the leader of the Islamic State group by name, Shirley Sotloff said in a video her son was “an innocent journalist” who shouldn’t pay for U.S. government actions in the Middle East over which he has no control.
White House press secretary Josh Earnest said he wasn’t immediately aware of the purported Sotloff video and wasn’t in a position to confirm its authenticity.
“This is something that the administration has obviously been watching very carefully,” Earnest said. “Our thoughts and prayers first and foremost are with Mr. Sotloff and Mr. Sotloff’s family and those who worked with him.”
A man who answered a phone listed in the name of Sotloff’s sister hung up when called by the AP.
The Islamic State group which has taken over a third of Syria and Iraq has terrorized rivals and civilians alike with widely publicized brutality as it seeks to expand a proto-state it has carved out on both sides of the border.
In its rise to prominence over the past year, the extremist group has frequently published graphic photos and gruesome videos of everything from bombings and beheadings to mass killings.
Associated Press writers Josh Lederman and Lara Jakes in Washington and Sylvia Hui in London contributed to this report. 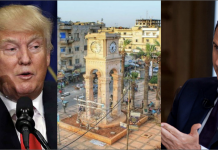 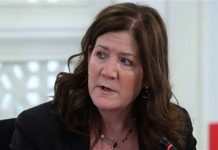 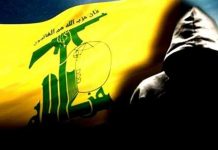 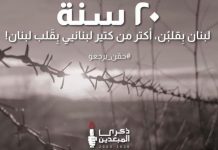