Shin Bet arrests 16 Israeli Arabs allegedly linked to drug dealings with Hezbollah
By YONAH JEREMY BOB/J.Post
08/28/2014
The Shin Bet (Israel Security Agency), in coordination with the police, has scored a major bust of an alleged joint Israeli-Arab –Lebanese-Hezbollah narcotics ring which was also trying to import weapons, possibly for a Hezbollah-sponsored attack during Operation Protective Edge. Authorities said the operation, which also included the Israeli Border Police and police narcotics specialists, led to the arrests of the suspects on July 27 for engaging “in terrorist activity at the behest of Hezbollah,” the military censor permitted the local press to report on Thursday.
The suspects have been identified as A-Khalim Abbas, a resident of Nahaf; his brother, Iz a-Din Abbas, also a resident of Nahaf; Ahmed Mazariv, a resident of Beit Zarzir; and Riyadh Marariv, also of Beit Zarzir.
According to the Shin Bet, the above Israeli-Arabs, as well as 12 others whose identities have still not been revealed and who are known by authorities to be reputed drug dealers, were arrested for business ties to narcotics traffickers in Lebanon who are believed to be connected to the Shi’ite terrorist organization.
The Shin Bet, working in tandem with Israel Police, obtained information from the arrested Arabs during interrogations over the last month while their arrest was kept under wraps.
Crucially, the Shin Bet explicitly noted Hezbollah’s statements during Operation Protective Edge of its intent to assist Hamas in fighting Israel and added that the drug operation could very well have also been an attempt to cover a broader goal of importing weapons and establishing a terror infrastructure to perpetrate terror attacks.
This point made the bust even more significant, the security agency said.
The Israeli-Arabs were linked by the Shin Bet to George Nemar, a Christian-Lebanese resident of Marj Iyun and a major player for Hezbollah’s drug trade.
The Shin Bet said that those arrested were involved in clandestine communications with Nemar, transferring drugs to him and developing mechanisms for transporting weapons across the border.
The interrogation uncovered a suspected plan to transfer significant weapons to Israel along with the drugs, and the four performed reconnaissance of Israeli border patrols to best determine how to circumvent them.
Questioning the four also uncovered their alleged connections to several other major Lebanese drug figures with deep connections to Hezbollah, including: A’ssaf Elias Najib A’ssaf of Ramish, Khatam a-Rahman Sit of Kilah village, Kaid Muhammad Hasin Beru of Beirut, Nadim Marhaj Kassam Shahin, a Druse of Ein Girafa and Hatzbaiya.
A Shin Bet statement said that some of those being questioned had been in contact with Nemar even before the recent drug and weapons operations and that these contacts had likely led to prior weapons imports which were found in the possession of one of those questioned.
The bust follows a major July 2012 bust of a similar Hezbollah-Israel ring of around 20 people which involved the seizure of 20 kilograms of explosive material and several mechanisms for exploding the material.
The explosive material had been packaged in an identical manner to the packaging of drugs and the illegal transferring of the drugs was performed using established platforms for the drug trade.
Most of the 20 arrested had believed they were running drugs and had no idea they were being used to import explosive material.
The Shin Bet mentioned that some of those involved have also been involved in trying to run drugs across Israel’s border with Jordan and Syria. 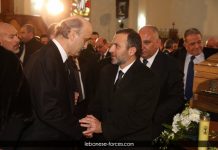