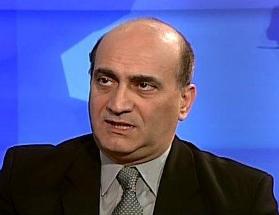 The Unknown and suppressed story of the last days of South Lebanon’s “belt”
Dr. Walid A Phares
May 26, 2015

Most Lebanese, including the younger generations, have repetitively heard the official story of the “liberation of the south by Hezbollah” in May 2000, a “coup” that prompted the Lebanon-based Khomeinist organization to seize power across the land and throughout the country’s institutions.

he benchmark of May 2000 provided Hezbollah with the foundation from which to take the ultimate leap to dominate Lebanon and, despite the brief Cedars Revolution of 2005, to intervene in Syria starting in 2011. Lebanon’s public, overwhelmed by significant events since 2000, particularly by the current geopolitical menace across the border with Syria, has never been given the opportunity to truly understand what took place just before May 2000, which could have led the country to another path, similar to the path that led to UNSCR 1559 in 2004.

Instead, Lebanon’s citizens are made to watch the lionization of Hassan Nasrallah’s “liberation war” of south Lebanon though reality was not that bright and while underneath the public discourse dramatic moves and sad choices were made by the opposition to Hezbollah, choices that finally allowed the Hezbollah’s empowerment.

So far, as for UNSCR 1559, no accurate accounts have been made regarding what led to the fall of the “security belt,” handing it over to Hezbollah. Perhaps historians will at some point provide readers with early information about the saga, but my memoirs will undoubtedly include some of the hidden facts. What follows will reveal just a few pieces of what lies beneath, appropriate for this 15th commemoration of the May 2000 events in south Lebanon.

While it is widely known that the war in south Lebanon, stretching from 1984 to 2000, was a result of the botched Israeli invasion of Lebanon and the previous confrontation raging between the forces of East Beirut’s free areas and a vast coalition made of Assad occupation forces (including the PLO, “National Movement,” and the pro-Iranian militia known as Hezbollah), this equation was the result of the 15 year war that started in 1975. At the end of 1990, a new reality emerged as 90% of the country was under Syrian-Iranian domination and the 10% in the far south was under a force controlled by Israel.

The so-called security zone defended by the SLA was confronted by mostly Hezbollah and allies militias to its north. It is important to note that between 1985 and 1999, not an inch of land was gained by Syro-Iranian backed Hezbollah or lost by the Israeli-backed SLA. No “liberation” in either direction took place for 14 years. Hezbollah waged strikes and suicide attacks against the SLA for a decade and a half. Facts tells us that nothing happened. The SLA spoke of liberation of the north, but facts also tell us that nothing happened there either. The status quo was too powerful to shake.

In 1999, the district of Jezzine (northern part of the southern security zone under the SLA) suddenly falls, Hezbollah enters as a liberator. Rallies are organized, and the Arab world elevates Hezbollah to the Salah el Dine of the 20th century. There were no battles. There was just an “Israeli order to the SLA to pull back and to remit Jezzine to the Lebanese Syrian-controlled Government,” which sent a few “post-1990” Lebanese Army units to the mostly Christian district of Jezzine, but the strategic dominance was granted to Hezbollah.

The Lebanese public was not given a chance to understand what happened seemingly overnight after 14 years of status quo. There was no “liberation.” It was a regional and international deal, involving the Clinton administration, Israel, Saudi Arabia and Syria. In future works, more light will be shed on said deal, which in fact was, more accurately, two deals. Obviously, Hafez Assad outmaneuvered Israel and Washington at the same time and added Jezzine to his panoply. And Hezbollah obtained the feather in its cap.

In 2000, a similar but more dramatic scenario took place across the “Security Zone,” from Naqura to Khiam. Overnight, an Israeli order was issued by the Ehud Barak government to its forces to pull out and dismantle the SLA, sending the population of the “Belt” into Israel, if they decide to go.

Were there battles? None, except a couple of engagements launched by Hezbollah against SLA positions a week before and which were decisively lost by the pro-Iranian Jihadists.

As more than seven thousands civilians crossed the border in fear for their lives, Hezbollah militias conquered, not liberated, the border areas. There were no military confrontations, but there were victory parades by pro-Iranian militias and Syrian-dominated Lebanese government officials briefly visited the SLA evacuated villages in the area. By the evening of May 25, 2000, Hafez Assad had insured full control of Lebanon from the edges of the Galilee to the Nahr al Kabir in the North. These were the facts, and now come the questions:

Why did Israel surrender the “security zone” in south Lebanon to the Syrian-dominated government of Beirut and eventually to the Iranian-backed militia?

There are answers to this question, but they won’t come until a new reading of the history of the Lebanese War is made available. The answers will surprise many, but not all, of the readers. Another question arises as well: Was there an alternative to an Israeli withdrawal and a Hezbollah takeover? The answer is yes, but it is almost totally unknown to the Lebanese public. Following are few pieces of it.

As of 1996, a plan submitted to the United Nations by Lebanese civilian committees in south Lebanon and backed by Lebanese Diaspora groups called for an Israeli withdrawal from the security zone, including Jezzine and Marjeyun, and for putting the 120,000 people from all communities (Christians, Shia, Sunni and Druse) living in that area under a direct UNIFIL command under a Chapter 7 Resolution, to be issued before any Israeli withdrawal. The project resembled the initiative that became UNSCR 1559 eight years later, which was also initiated by emigres groups overseas. The group in charge of the initiative for south Lebanon toured the UN and the U.S. Congress for support. Israel was suspicious of it, Iran and Syria were fighting it with rage, the Hariri government opposed it, and the anti-Syrian opposition dodged it.

Imagine an Israeli withdrawal without a Hezbollah conquest, with local Lebanese police stations in charge of security and a stronger UNIFIL protecting the area. Then imagine a Cedars Revolution followed by a Syrian withdrawal with a south free from Hezbollah. Use your imagination and you would understand that the alternative to the May 2000 Hezbollah so-called liberation would have been an Israeli pullout, a Lebanese liberation of their own soil, growing into a Syrian pullout, followed by a gradual disarming of Hezbollah. Today, in 2015, Lebanon would have been celebrating the tenth anniversary of a country free from Syrian occupation and an armed Hezbollah with a fully independent Lebanese Army.

But the tougher question: What was the position of the anti-Syrian occupation politicians, particularly the Christians among them, when they were approached regarding support for the internationalization of the south? Shockingly, the answer was a resounding no to such a pre-1559 resolution. More details will be revealed in time, but the politicians argued that “if Israel can be made to pull out, it would put ‘moral’ pressure on Hezbollah to disarm.” This reckless logic led to the loss of a Lebanese opposition backing of such an initiative, a UN disinterest, an American shifting of policies, an Israeli regressive attitude, a Syrian-Iranian victory, and Hezbollah reaching the zenith of power.

Liberating a piece of Lebanon in 2000, leading to a final liberation of Lebanon in 2005, was possible. This possibility, however, was crushed by the poor vision of Christian-Lebanese politicians and by a shrewd pro-Iranian camp. There are dozens of questions and a slew of counter arguments to this assertion, but we will leave the debate for my memoirs and for historians to research. On this May anniversary of the fall of the “belt,” it was important to let the public know that there is an alternative history to what they know.

**Dr Walid Phares is the author of The Lost Spring and a professor of Middle East Studies. He was the author of the NGOs draft memo introducing UNSCR 1559 in 2004