The Iranian Regime is Behind all the wars in the Middle East
By: Elias Bejjani
August 15/15

Another and more dangerous Hitlerism military regime is already existing in Iran, while the USA Obama administration, Europe and many other countries are burying their head in the sand and directly or indirectly helping in empowering this scary and ruthless monster.
Sadly history is repeating itself with the same fatal European-Hitler Scenario, and if lessons from world War two are not grasped and learned, the whole world and not only the Middle East will be facing extremely serious and actual Iranian threats, and possible military invasions.
These Iranian potential dangers will include Israel, all the Arab countries, Turkey and all of Europe too. There is no doubt that once the Iranian Mullahs’ dictatorship regime puts its criminal and bloody hands on an atomic bomb they will use it.
If the Western world countries specifically keeps on cajoling and appeasing the Iranian aggressive and hostile regime the dire consequences will hit the whole civilized world.
Who can buy Iran’s rhetoric of ethical principles when it is militarily, financially and by all other means strongly supporting the most brutal and criminal regime in the world, the Syrian Assad regime. The Syrian regime with the full help of Iran and its proxy Shiite Lebanese and Iraqi militant Militia proxies has massacred in the last three years almost 300 thousand innocent citizens of his own people, mostly women, children and elderly!! Meanwhile Iran’s Hezbollah occupies Lebanon and oppresses its people.
Iran’s president Rouhani is buying time for the Mullahs’ regime and practically he is not in any power position to influence Iran’s hostile and expansionism policies. Although he keeps on rhetorically advocating for the alleged peaceful Iran and claiming that his country can not and will not own nuclear weapons because of mere ethical reasons ! What a lie? Does he really think the world will buy his alleged fake claims!!
What are those ethical principles that the Iranian regime honors and practices when it has been killing its own people, and brutally oppressing them.
What are those ethical principles that the Iranian regime honors and practices when it fully runs and controls the most dangerous terrorist organizations in the whole world!!
What are those ethical principles that the Iranian regime honors and practices when it keeps on by force, religious denominational and military means destabilizing the peace stability in all the Middle East countries from Yemen to Lebanon.
Logic and reason necessitate that the Free world countries with all the Arab regimes seriously deal with the Iranian cancerous regime in a completely different strategy from the current and ongoing one that has totally failed and made the Iranian rulers more bold and more aggressive.
In conclusion, the Iranian Mullahs regime is fully responsible for all the wars, chaos and bloody massacres that the Middle East is currently encountering .

Elias Bejjani/Video-Text: Resolutions For the new year of 2021 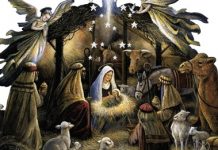 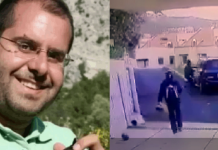 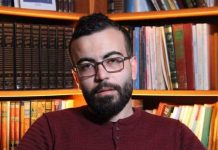