Learning the Lessons of the Past
Written by : Fayez Sara /Asharq Al Awsat
Monday, 28 Jul, 2014
The General Secretariat of the Syrian National Coalition decided to dismiss the interim government of the Syrian opposition led by Ahmad Tu’mah by a two-thirds majority in its last meeting. It also tasked the former government to act as a caretaker administration until a new cabinet is formed. The government decided to open the door for nominations for the posts of prime minister and various ministers according to the internal regulations of the Syrian National Coalition.
The decision of the General Secretariat followed the presentation by Tu’mah’s government of its activities in the 10 months since its formation, and following discussions between members of the secretariat and members of the government. The discussions revolved around plans and policies, and what had been achieved, and a discussion of the problems which the government faced, and the efforts made to overcome them.
Despite the discussions converging on the weakness of the government and its failures, they disagreed on the timing of the dismissal, and disagreed on the ways to deal with the situation. In particular, some parties called for the dismissal to be postponed, in the hope that the situation might improve.
The discussions in both cases reflected the political differences within the Coalition. They were characterized by a level of seriousness and responsibility regarding the importance of the government meeting the needs of the Syrian people amid the catastrophe towards which the Assad regime has led them during the last few years. However, the government failed to fulfill its responsibilities, which led to its eventual dismissal. The failure is the result of issues related to the government itself, and others linked to the internal and external environment within which the government operated.
The course of the General Secretariat’s meeting leads us to a number of conclusions, one of the most important of which is the necessity of quickly forming a new government, due to the Syrian people’s need for the presence of an executive body which meets their needs, whether in terms of services or in terms of development projects.
The second conclusion related to the necessity of forming a government which was more suited to its tasks in terms of being able to identify needs and draw plans and implement them, with objective monitoring and evaluation of such plans.
This leads us to the third conclusion, which is the need for government members to be technocrats and experts in their fields, rather than politicians, despite the difficulty in differentiating between the two in the case of a Coalition government in the current circumstances. It is also difficult to reconcile these two goals and the need for the government to be representative of all constituents of Syrian society.
Perhaps the most important conclusion is that the next government must be aware of, and ensure, its being a Coalition government and not one parallel or alternative to it. It should work in cooperation and coordination with the Coalition when necessary, and could act as adviser and associate in other issues which concern the Coalition, as well as most of the opposition.
For the next government to be able to do that requires the Coalition to take steps to help it through a number of procedures. First, it should help form a strong and cohesive government able to carry out its duties and implement policies which meet the needs of the Syrian people—which requires more scrutiny than before in the selection of the prime minister and members of the government. It should also ensure it uses the expertise of some of the ministers from the government that was just dismissed.
The second procedure is to implement and ratify a draft system governing the relationship between the Coalition and the government, something which has been delayed for too long.
The third step needed is the provision of all political and financial support for the government, which was weak in the past despite the relative improvement in the Coalition’s external relations.
The essential features of a new relationship between the Coalition and the government must be defined in the near future, drawing on the lessons learned in the past, building on the positives, and confronting and eliminating the negatives. If this does not take place, history will repeat itself with the same results as before, even if some of the details change. 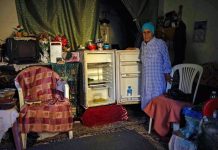